A select number of smaller lenders have been able to increase their new mortgage volumes over the past year - even as the big banks and the market as a whole have gone backwards, the report shows.

The figures are based on official data from NSW Land Registry Services, which analysed newly originated mortgages in NSW for the year to September.

According to the report, big four banks CBA, Westpac, NAB and ANZ all experienced year-on-year declines in their NSW new mortgage volumes, as did Macquarie Bank, ING and Bendigo and Adelaide Bank. 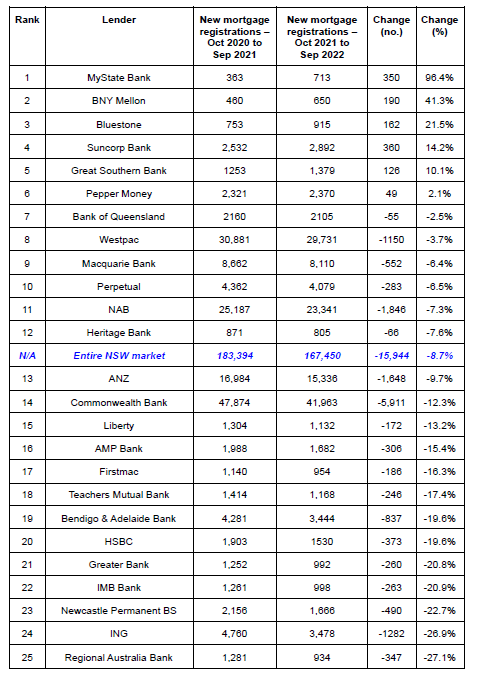 NSW Land Registry Services head of data and insights Jerry Goldfried (pictured above) said the decline in new mortgage volumes among the bigger banks reflected the downturn in the Sydney property market.

The decline in new mortgage volumes across bigger banks was due to fewer active buyers in the market, compared to the property boom, he said.

As a result, NSW Land Registry Services data showed that new mortgage volumes in the NSW market as a whole fell 8.7% in the year to September 2022.

“Sometimes, it can be easier for a smaller institution to grow, because they’re starting from a lower base. It’s also possible those institutions took certain strategic or marketing decisions that allowed them to do more new business, even as the market as a whole went backwards.”